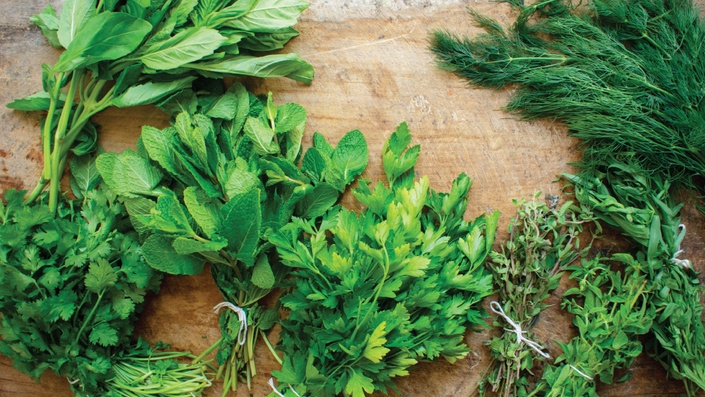 Learn to balance sweet dishes with pungent herbs, season ground meat and lentils with fresh herbs, and liquifying herbs to hydrate grains in this cooking class. 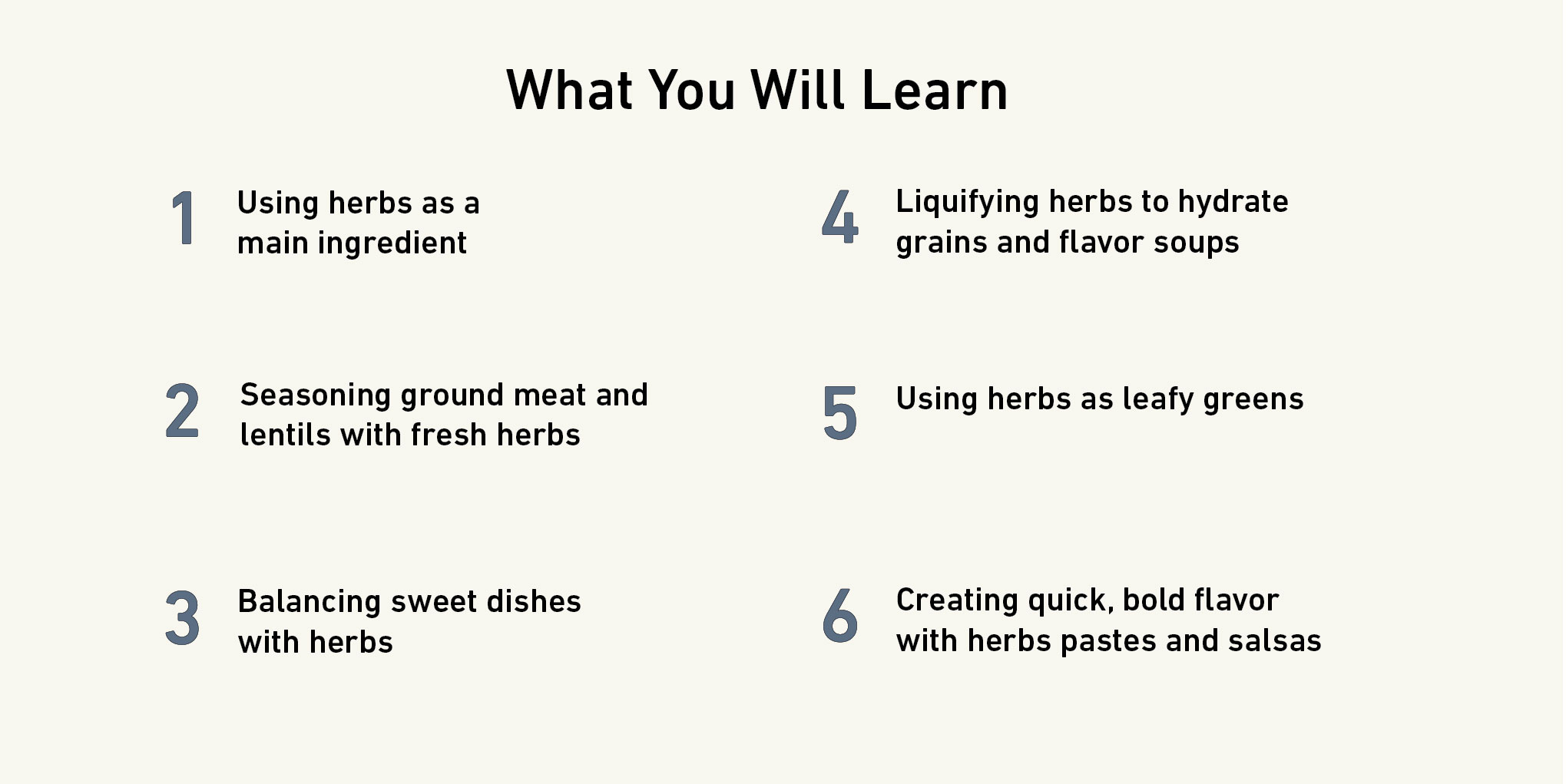 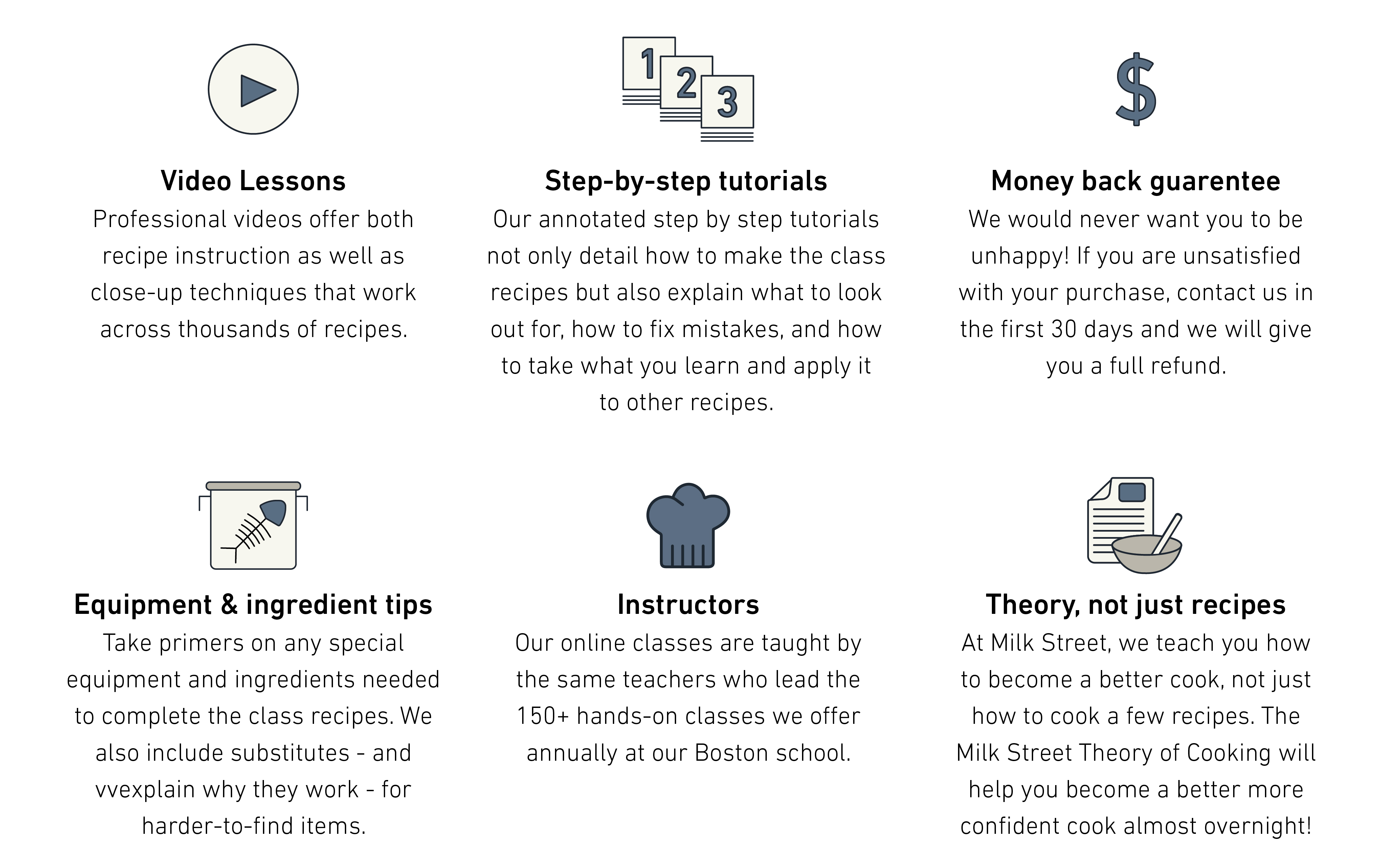 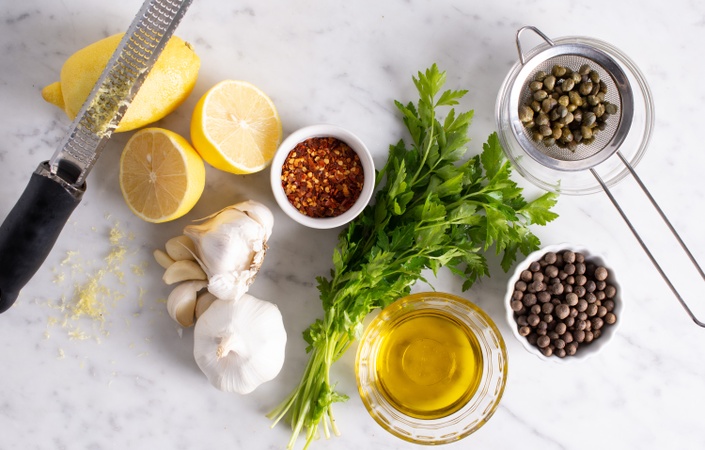 The Art of Kitchen Improv 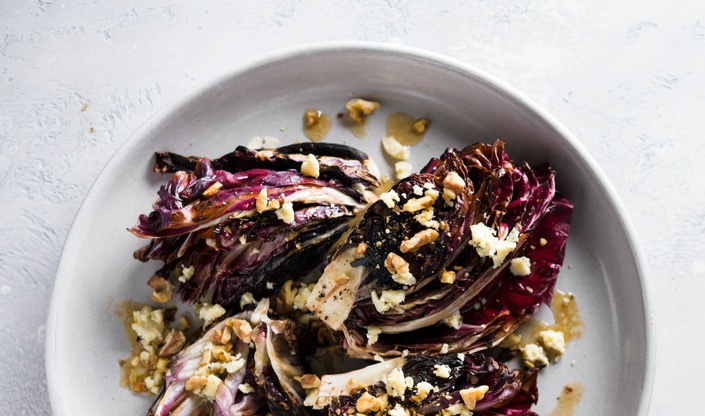 Cookish Part 1: How to Throw It Together

Learn the skills you need to cook quickly, confidently and easily without a recipe. Part 1.
Josh Mamaclay
%
COMPLETE
FREE
View All Products
off original price! 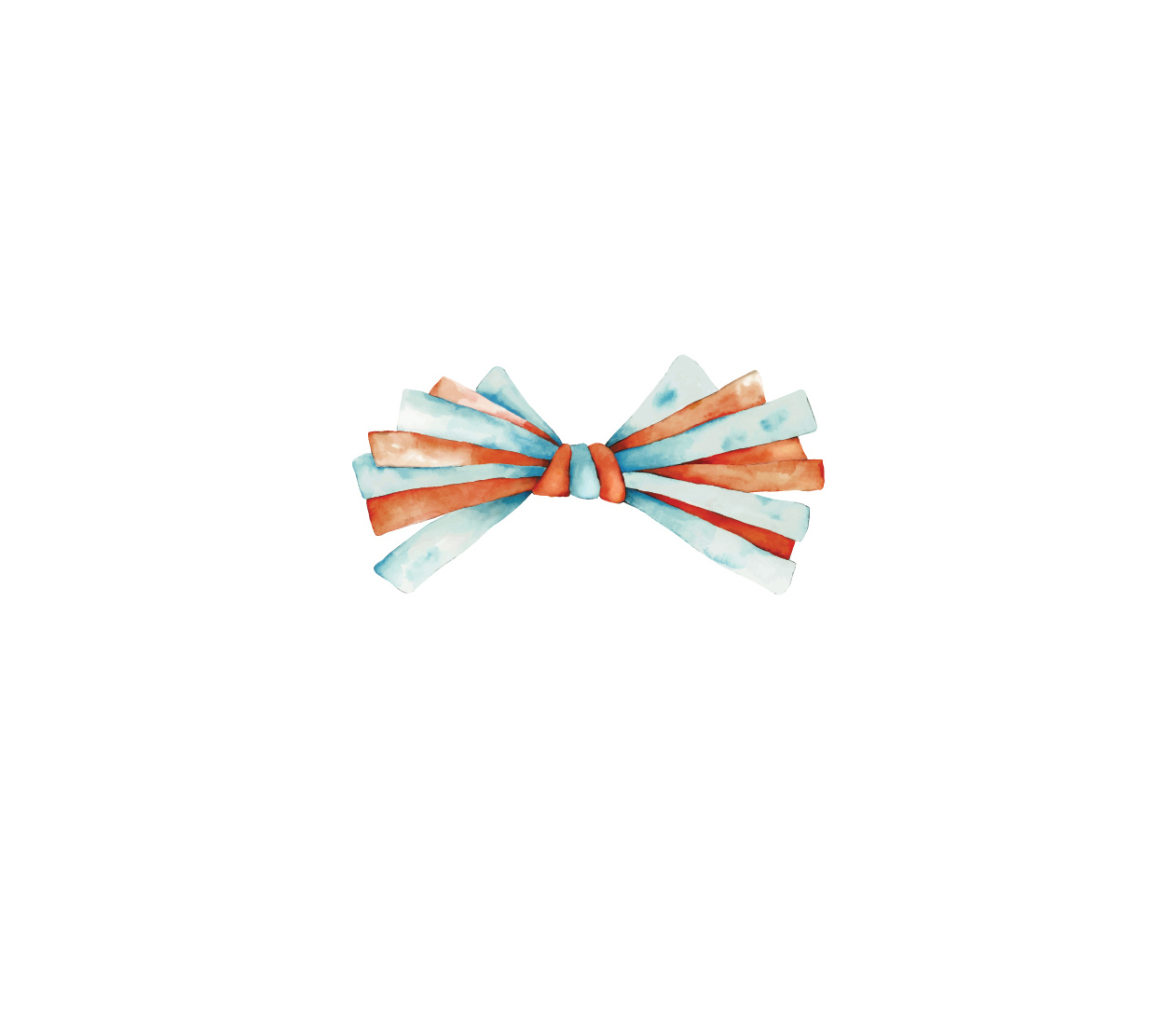 I have to say, this course definitely leaves me feeling very empowered. I can take your methods and adjust a random recipe; I'm learning a lot. Thank you so much - I'm really having fun. And I've had fish 4 times in this past week - I don't think I've ever had this much fish from my own kitchen before!

"I am a 75 yr old retired male-cooking things I never thought I would--exciting-great challenge-looking forward to learning more in the future-Thanks!"

"I have always loved to cook, but have fallen into a rut in the past several years . . . I basically cooked the same boring old meals every week and then was annoyed that they were the same boring old meals. I'm not exaggerating when I say that the first course I completed, Not My Mother's Chicken, completely changed my relationship with cooking for my family. It helped me rediscover everything I used to love about cooking and the act became something fun, not a chore. Thank you for that, and I look forward to all of your new offerings!"

- Estella, Not My Mother's Chicken

What to expect in our classes:

What NOT to expect:

Who our classes are perfect for:

When does the course start and finish?
The course starts now and never ends! It is a completely self-paced online course - you decide when you start and when you finish.
How long do I have access to the course?
How does lifetime access sound? After enrolling, you have unlimited access to this course for as long as you like - across any and all devices you own.
What if I am unhappy with the course?
We would never want you to be unhappy! If you are unsatisfied with your purchase, contact us in the first 30 days and we will give you a full refund. 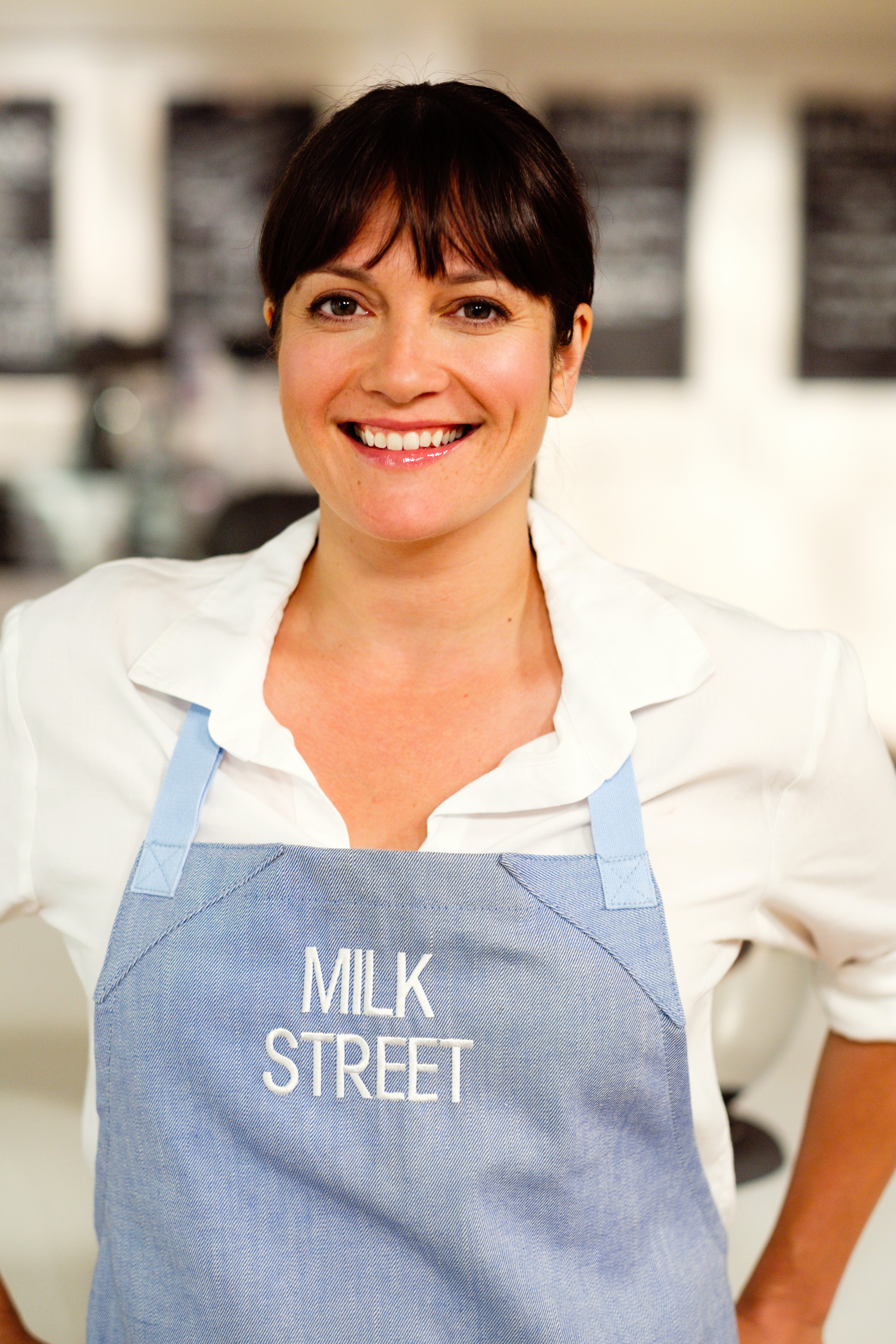 Catherine has spent the past decade as a freelance writer, editor, recipe developer, food stylist, and culinary instructor.

While pursuing a Master’s Degree in Gastronomy from Boston University, Catherine launched The Pocket Garden, a Boston-based personal chef business, and became a frequent contributor to The Boston Globe food section. She is the 2014 recipient of Les Dames Escoffier Legacy award for food writing, and her recipes and writing have appeared in Saveur, Departures, Whole Foods Market magazine, and other publications. In 2018 Catherine co-founded not just co. , makers of modern pantry staples like “not just pasta sauce.”, a versatile, veggie-packed cooking sauce.

Catherine lives in Massachusetts with her husband Artie and son Jack.